’Everything Everywhere All at Once’

”Bonkers” is the official term to describe this Charlie Kaufman-esque comic film, in which the bored operator of a laundromat keeps turning into alternate versions of herself, each with very different versions of her life. Michelle Yeoh is spectacular, shifting from the drab real world to the glamorous life of a movie star to a risk-taking secret agent to an alien creature with hot dogs for fingers. Jamie Lee Curtis costars as a tax auditor the Yeoh character keeps bumping into. And, as Yeoh’s shape-shifting grandfather, 93-year-old Minneapolis native James Hong has the best role of his long movie career. (Wide release)

Last year, guitar god Carlos Santana dropped another album with a parade of guests, including Chris Stapleton, Chick Corea and, of course, Rob Thomas. While not as satisfying as 1999’s landmark “Supernatural,” “Blessings and Miracles” is a diverse, sincere collection, punctuated with expressive and often soaring Santana guitar work. Recent set lists indicate he might play a couple of tunes from that project along with such requisite classics as “Soul Sacrifice” and “Smooth.” (8 p.m. Fri., Treasure Island Casino, Red Wing, $89-$159, ticketmaster.com)

Hurray for the Riff Raff

They may not be Machine Gun Kelly’s cup of tea, but Iowa’s masked thrash-metal vets are probably the visceral release many fans need in 2022. Corey Taylor and the crew returned to the road with their traveling Knotfest last year, putting up strong ticket sales and reportedly quite a wild show. Surprisingly, this will be their first Twin Cities show in 13 years. In the Moment and Jinjer open. (6:30 p.m. Sat., Target Center, 600 1st Av. N., Mpls., $45-$198, ticketmaster.com)

Theater Mu’s annual series of new-work readings has an otherworldly bent, with titles including “Kung Fu Zombies vs. Shaman Warrior.” That comedy is joined by a musical, “Again,” about two friends linked by cancer, and the fantasy-themed “Exotic Deadly: or the MSG Play.” (5 and 7:30 p.m. Sat., 5 p.m. Sun., 755 N. Prior Av., #107, St. Paul, free but reservations required, theatermu.org).

Jazz has been called “the sound of surprise,” but all too often musicians play themselves into a rut. Not Taborn. Blending electronics with piano, the Golden Valley-raised keyboardist is a seeker who enchants listeners while challenging them to hear more deeply. After a knockout show two weeks ago at Tennessee’s Big Ears Festival, he comes home for a one-nighter with drummer Dan Weiss and bassist Chris Lightcap. (7 & 9 p.m. Wed., Dakota, 1010 Nicollet Mall, Mpls., $25-$40, dakotacooks.com)

Down on the farm

City folks can get a taste of rural life with Saturday Mornings on the Farm, a Three Rivers Parks program. Overalls and flannel are not required to help collect eggs and complete other tasks on Gale Woods Farm. Cuddle up to baby animals, explore the barn and participate in seasonal activities. (9:30 a.m.-noon Sat., $5, 7210 W. County Road 110, Minnetrista, 763-559-6700, threeriversparkdistrict.org)

Vesna Kittleson and Christopher E. Harrison come from different cultural backgrounds, but their themes overlap like a Venn diagram in a dual exhibition at Traffic Zone Center for Visual Art. Kittelson uses abstraction to respond to today’s culturally chaotic environment in her show “Letters to AmeriKa,” informed by her perspective as an immigrant and outsider. Harrison centers the Black experience in America in “Currents,” where organic, flowing shapes converge with sculptural portraits to explore resistance and resilience, identity and equality. (9 a.m.-7 p.m. Mon.-Fri., 9:30-7 Sat., 9:30-5 Sun. through April 29, 250 3rd Av. N., Mpls., free, trafficzoneart.com)

’A Play by Barb and Carl’

This 80-minute one-act is not just a play for the stage but a way of working out love and healing. After dramaturge Barbara Rose-Brown had a stroke that initially robbed her for speech, her husband and playwright Carlyle Brown, decided to create a work together as a way back to health. Veteran performers Kimberly Richardson and JoeNathan Thomas play the title roles alongside Laura Esping as a healthcare worker. It is directed by Illusion Theater founder Michael Robins. (7:30 p.m. Thu.-Sat., 2 p.m. Sun. Ends April 30. Center for Performing Arts, 3754 Pleasant Av., Mpls. Pay-as-will, starting at $5. 612-767-9256, illusiontheater.org.)

pad vending machine chain making machine：Checking your browser before accessing readwrite.com.   This process is automatic. Your browser will red…… 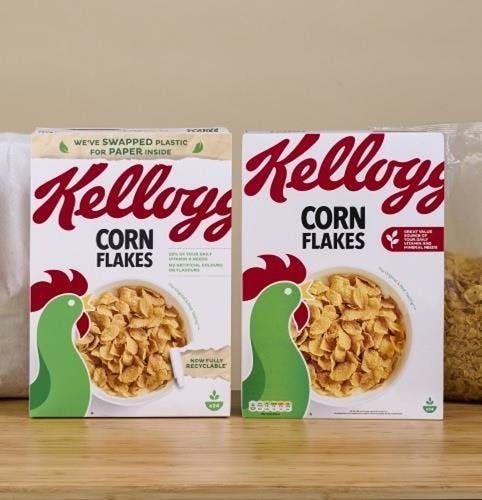